What Causes Bumps, Cysts, or Boils on the Butt

Butt bumps may be painful, red, or itchy. The most common causes for bumps on the butt include skin conditions like cysts, boils, warts, or skin abscess. Allergens to hygienic products, chemicals, or plants can also cause itchy, red bumps on on the butt. Read below for more causes and how to treat butt boils and bumps.

Get a diagnosis and care plan

Get expert medical opinion on your best treatment path—from the comfort of home. 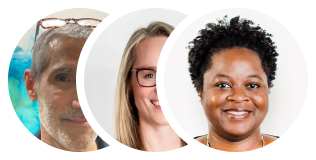 Reviewed by our medical team
Learn how we choose care providers

A bump on the butt may be a new development or a chronic condition. Either way, you shouldn't be embarrassed to see a physician for this common symptom. Physicians are there to help you, and it is important to be evaluated if you are concerned.

In addition to the butt bump, you may also experience symptoms that include:

Many of the causes of butt bumps are dermatologic in nature and affect aspects of the skin including hair follicles. The skin is the largest and often heaviest organ of the body and has multiple components. See this image here for a visual representation of the layers of the skin.

In general, any growth is the result of cells dividing and growing uncontrollably. Cells in any part of the body — fat, blood vessels, soft tissue, etc. — can grow in this abnormal fashion. These abnormal cells can accumulate to form a noticeable lump or bump. These growths, also known as tumors or neoplasms, can be benign (non-threatening) or malignant (life-threatening).

Environmental causes can be related to lifestyle habits or repeated exposure of the skin.

The list below shows results from the use of our quiz by Buoy users who experienced butt bump. This list does not constitute medical advice and may not accurately represent what you have.

A cyst is a small sac or lump, filled with fluid, air, fat, or other material, that begins to grow somewhere in the body for no apparent reason. A skin cyst is one that forms just beneath the skin.

It's believed that skin cysts form around trapped keratin cells – the cells that form the relatively tough outer layer of the skin.

These cysts are not contagious.

Anyone can get a skin cyst, but they are most common in those who are over age 18, have acne, or have injured the skin.

Symptoms include the appearance of a small, rounded lump under the skin. Cysts are normally painless unless infected, when they will be reddened and sore and contain pus.

Diagnosis is made through physical examination. A small cyst can be left alone, though if it is unsightly or large enough to interfere with movement it can be removed in a simple procedure done in a doctor's office. An infected cyst must be treated so that the infection does not spread.

A skin abscess is a large pocket of pus that has formed just beneath the skin. It is caused by bacteria getting under the skin, usually through a small cut or scratch, and beginning to multiply. The body fights the invasion with white blood cells, which kill some of the infected tissue but form pus within the cavity that remains.

Symptoms include a large, red, swollen, painful lump of pus anywhere on the body beneath the skin. There may be fever, chills, and body aches from the infection.

If not treated, there is the risk of an abscess enlarging, spreading, and causing serious illness.

Diagnosis is made through physical examination.

A small abscess may heal on its own, through the body's immune system. But some will need to be drained or lanced in a medical provider's office so that the pus can be cleaned out. Antibiotics are usually prescribed.

Keeping the skin clean, and using only clean clothes and towels, will help to make sure that the abscess does not recur.

Symptoms that always occur with skin abscess: rash with bumps or blisters

Pimples often first start appearing at puberty, when hormones increase the production of oil in the skin and sometimes clog the pores.

Most susceptible are teenagers from about ages 13 to 17.

Outbreaks of pimples on the skin can interfere with quality of life, making the person self-conscious about their appearance and causing pain and discomfort in the skin. A medical provider can help to manage the condition, sometimes through referral to a dermatologist.

Diagnosis is made through physical examination.

Mole on the butt

Moles are growths on the skin. They happen when pigment cells in the skin, called melanocytes, grow in clusters.

If you have many moles that you are worried about, you can go see your primary care doctor to follow the s. However, treatment is only considered if a new develops or changes.

Lipoma is a word that translates as "fatty tumor," but a lipoma is not cancer. It is simply a growth of fat between the muscle layer and the skin above it.

The exact cause is not known. The condition does run in families and is associated with other unusual syndromes such as adiposis dolorosa, which is similar. Lipomas most often appear after age 40.

Symptoms include a soft, easily moveable lump beneath the skin, about two inches across. A lipoma is painless unless its growth is irritating the nerves around it. They are most often found on the back, neck, and abdomen, and sometimes the arms and upper legs.

It is a good idea to have any new or unusual growth checked by a medical provider, just to make certain it is benign.

Diagnosis is made through physical examination, biopsy, and imaging such as ultrasound or CT scan.

Most of the time, treatment is not necessary unless the lipoma is unsightly or is interfering with other structures. It can be removed through surgery or liposuction.

A dermatofibroma is a fairly common skin growth that usually appears on the lower legs, but may appear anywhere on the body. These mole-like growths are benign (noncancerous.)

The cause is not known, though a dermatofibroma may appear after a minor injury. The growths are not contagious.

Dermatofibromas are most common in adults and are rarely found in children.

Symptoms include a hard, raised growth that is red, pink, or brown and less than half an inch across. They are usually painless but may be tender or itchy, and may appear alone or in groups.

Any new growth on the skin should be seen by a medical provider, especially if the growth is very dark in color or changes its shape or appearance quickly.

Diagnosis is made through physical examination and sometimes biopsy.

A dermatofibroma does not require treatment unless it is interfering with clothing or is unsightly. They can be surgically removed, though this will leave a scar and the growth may eventually return.

A furuncle, also called a boil, is infection of a hair follicle. The infection forms under the skin at the root of the hair and may occur anywhere on the body.

The infection is caused by bacteria, most often Staphylococcus aureus or "staph." Irritation caused by clothes or anything else rubbing the skin can cause the skin to break down and allow bacteria to enter.

Staph bacteria are found everywhere. Frequent and thorough handwashing, and otherwise maintaining cleanliness, will help to prevent its spread.

Most susceptible are those with a weakened immune system; diabetes; and other skin infections.

Symptoms include a single bump under the skin that is swollen, painful, and red, and contains pus.

It is important to treat the boil, since infection can spread into the bloodstream and travel throughout the body.

Diagnosis is made through physical examination and sometimes fluid sample from the boil.

Treatment may involve incision and drainage of the infection, followed by creams to apply to the site of the boil and/or a course of antibiotic medicine.

Blackheads are caused by hair follicles becoming clogged with oil & dead skin cells. When the clogged pore is open to the air, the air turns the outermost layer black through oxidation.

When to see a doctor

The causes of butt bumps vary, making it important to see your doctor. Many of the treatments are surgical in nature and involve physical removal of the bump. If your butt bump is associated with an infection, your physician will prescribe appropriate antibiotics. However, you may also have a bump removed for cosmetic reasons as well.

Some skin bumps are hereditary and cannot be prevented. However, there are things you can do at home in order to reduce their likelihood, such as the following.

Get a diagnosis and care plan

Find expert clinicians who can help with your treatment.

Reviewed by our medical team
Learn how we choose care providers

Can my butt bump be removed?

Yes, a butt bump can usually be removed. There are a variety of surgical options that can be performed in an office versus an operating room. However, it is important to discuss whether surgery is even necessary.

Will my butt bump go away on its own?

Usually, butt bumps and skin conditions do not go away without treatment, whether it involves surgery or antibiotics. If your butt bump is persistent and bothersome, you should see a physician.

Will a butt bump interfere with my daily activities?

Some butt bumps such as pilonidal cysts and abscesses can cause pain and make it uncomfortable to sit or lie down. If these bumps become infected or inflamed, the pain can be exacerbated and involve redness, swelling, and drainage.

What is a pilonidal cyst?

A pilonidal cyst is a fluid-filled sac that develops above the crease where the buttocks come together. These cysts are often related to friction or pressure on the hair follicles in the area that become inflamed.

What is hidradenitis suppurativa?

Hidradenitis suppurativa is a condition that results in swollen, painful, often red bumps in the damp areas of the body such as the armpits, groin, and under the breasts in women. They often have an odor and can drain pus or blood and require appropriate professional care.

Questions your doctor may ask about butt bump

Self-diagnose with our free Buoy Assistant if you answer yes on any of these questions.

Hear what 1 other is saying

Once your story receives approval from our editors, it will exist on Buoy as a helpful resource for others who may experience something similar.
Request sent successfully
An error occurred, please try again later
The stories shared below are not written by Buoy employees. Buoy does not endorse any of the information in these stories. Whenever you have questions or concerns about a medical condition, you should always contact your doctor or a healthcare provider.
What's happening?Posted April 16, 2020 by S.
Female. 2 nights ago I woke up with a pain in my butt. (No, not the husband or kids this time.) Yesterday, I checked it out after my shower. I have a 1/2-dollar size, black, round mark. Tender to touch. (Raised around the edges.) It also itches. I thought maybe a skin ulcer or bedsore, so I went to the doctor. He seemed shocked, told me it was not what I thought and did an immediate biopsy. Should I worry?
Copied to clipboard
Jeffrey M. Rothschild, MD, MPH.
Associate Professor of Medicine, Brigham and Women’s Hospital
Dr. Rothschild has been a faculty member at Brigham and Women’s Hospital where he is an Associate Professor of Medicine at Harvard Medical School. He currently practices as a hospitalist at Newton Wellesley Hospital. In 1978, Dr. Rothschild received his MD at the Medical College of Wisconsin and trained in internal medicine followed by a fellowship in critical care medicine. He also received an MP...
Read full bio

Was this article helpful?